Would a subsidiary create a PE for VAT purposes?

Would a subsidiary create a PE for VAT purposes? 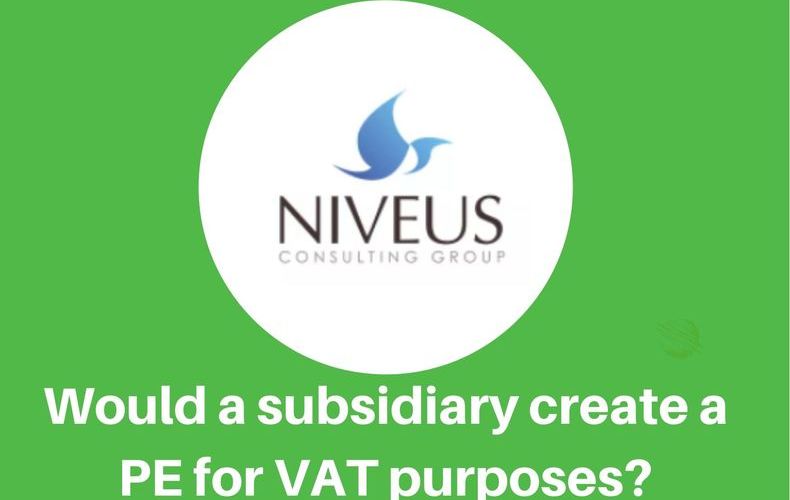 On April 7, 2022, the European Court of Justice (“ECJ”) provided guidance on the interpretation of the term “Fixed Establishment” for VAT purposes (case C-333/20 Berlin Chemie A. Menarini SRL). The ECJ considered that a subsidiary cannot create a fixed establishment for a parent company registered in another country even if the subsidiary operates exclusively for the benefit of the parent company. We present the case in details below.

Berlin Chemie, a German company (“BC”) sells goods in Romania. BC is registered in Romania for VAT purposes. BC’s Romanian subsidiary, BCAM provides BC with marketing, advertising and regulatory support services. BCAM considered these services as intra-Community supplied services subject to reverse charged VAT in Germany. The Romanian tax authorities considered that BC has sufficient human and technical resources at its disposal in Romania to create a PE there by the virtue of BCAM. This would mean that BCAM’s services to BC are subject to Romanian VAT instead of German reverse charged VAT.

The question submitted to the ECJ was in essence whether a subsidiary of a company can create a fixed establishment for a parent company, or other legal entity within the group. The referring court asked the ECJ for a more detailed interpretation of the concept of fixed establishment to clarify whether BCAM, as the subsidiary of BC, can qualify as a fixed establishment of BC. BC does not have the personnel and technical resources itself, but BCAM does have and BCAM uses these personnel and resources entirely for the business purposes of BC. What seems to be particularly important here is that BCAM operates under the control of BC and BCAM performs its activities entirely for BC.

Should you have any questions, please do not hesitate to contact us here
Learn more about Niveus here