Shaw Gibbs have taken the tentative steps back to face-to-face networking with a series of events which take social-distancing and social-conscience into consideration. 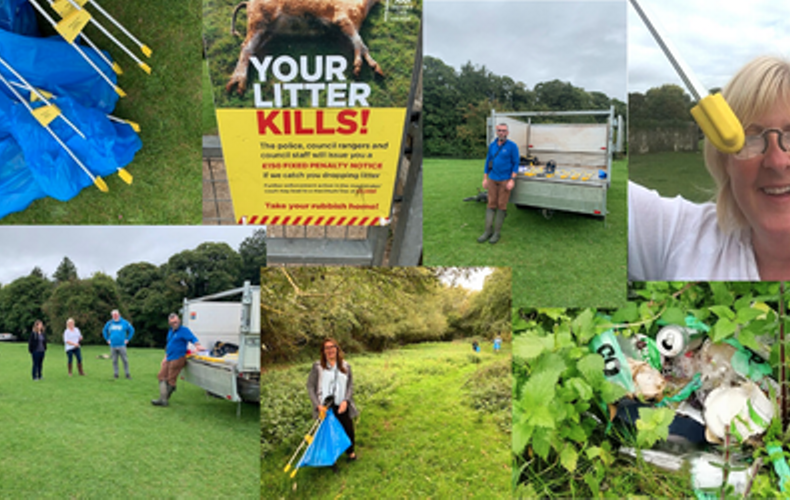 Shaw Gibbs have taken the tentative steps back to face-to-face networking with a series of events which take social-distancing and social-conscience into consideration.

The firm, have launched their ‘Pick ‘n’ Mix’ events this week to bring together small groups of Oxfordshire professionals in open spaces to network over litter picks.

The groups seeks to address some of the negative impacts of the relaxation of the lockdown rules, including one of Oxford’s most well-known and much loved open spaces, Port Meadow, which has suffered a huge increase in litter.

The Meadow has seen a deluge of late night get-togethers and the problem was particularly bad over the summer-months with warm weather attracting more people to the area. Unfortunately, the waste which has been left behind has not just affected the aesthetics of the common land but has also caused harm to the grazing animals on the Meadow.

The groups, which are kept to no more than six, are led by Hayley Simmons -  Head of Insolvency & Advisory for Shaw Gibbs. The attendees take part a socially distanced walk and litter pick of the Meadow.

“Port Meadow is an amazing space and one that most of the residents of Oxford and the surrounding area are proud and privileged to have on their doorstep. The relaxation of lockdown rules has resulted in an amount of litter that has not ever been seen on the Meadow. For whatever reason, those gathering on the Meadow recently have not been treating the space as they should have been and Oxford Direct Services  who look after the area have been forced to work all hours to try and bring the situation under control.

I personally have missed networking and in particular the Oxfordshire business community which is tightly-knit and very supportive of each other. Therefore, these events have been great to combine awareness-raising of the littering on the Meadow and to take some steps back into networking in a safe and socially conscious manner.”

The events are supervised by Julian Cooper, Landscape and Countryside Supervisor for Oxford Direct Services who provides the groups with some history of the Meadow as well as the impact that the recent littering has had on the environment and the animals.