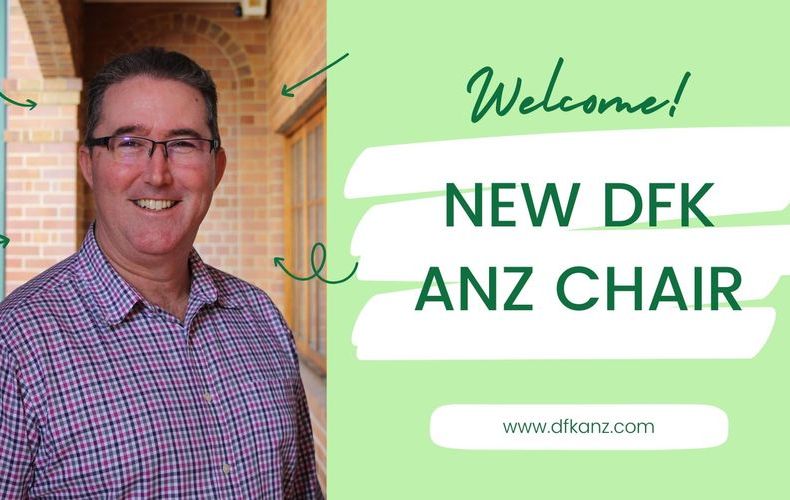 DFK Australia and New Zealand has appointed a new chair to lead its board of directors.

Gavin Johns, partner at DFK Hirn Newey, has taken over as chair of the Australia and New Zealand national group of global accountancy association DFK International.

DFK Hirn Newey has had a long connection with DFK as one of the foundation members of DFK ANZ, and Gavin has been with the firm for more than 20 years.

He joined the board of DFK ANZ eight years ago and will take over as chair from Cheree Woolcock, of DFK Benjamin King Money, who has stepped down to take on the role of DFK ANZ International Director.

His appointment was announced at this year’s DFK ANZ Annual Partners Conference, in Adelaide – DFK ANZ’s first in-person event since the pandemic began.

Gavin said he will look to focus on nurturing the connections between member firms, growing the membership of DFK ANZ and supporting emerging future leaders during his three-year term.

He will also be aiming to ensure that DFK ANZ and its member firms are well-positioned to emerge from the Covid-19 pandemic.

Gavin said: “I am very pleased to be appointed as chair of DFK ANZ, and it was excellent for this to be announced at our first face-to-face event since the start of the pandemic.

“One thing we’ve been talking about for a while is the need to stay connected, so being able to meet in person was very important and made it a hugely successful conference which was both well attended and well received.

“One of my focuses during my tenure will be to continue to nurture these connections, and we’re hopeful that we will be able to hold our annual Practice Management Conference in October.

“Another success of the conference was our very first Emerging Leaders Forum which saw us invite some of the emerging leaders across the DFK ANZ group to the conference.

“During my term I would like to continue to help nurture the future leaders of DFK ANZ. We have a real talent pool of rising stars who have a lot to offer which will benefit DFK ANZ and DFK International well into the future.

“These young emerging leaders have different ways of thinking, and we can really benefit from tapping into this.

“Another focus during my time as chair will be to grow the membership of DFK ANZ. We have identified some areas geographically where we are seeking new members, and I will be looking to ensure that we are represented in those regions.

“We have a fantastic board who all work together well and I look forward to steering the board over the next three years.”