For International Women's Day on 8 March, Reshma Johar discusses how tax advisers can use their knowledge and expertise to spot disparity and critically find alternative ways towards a more balanced and fairer system for everyone. 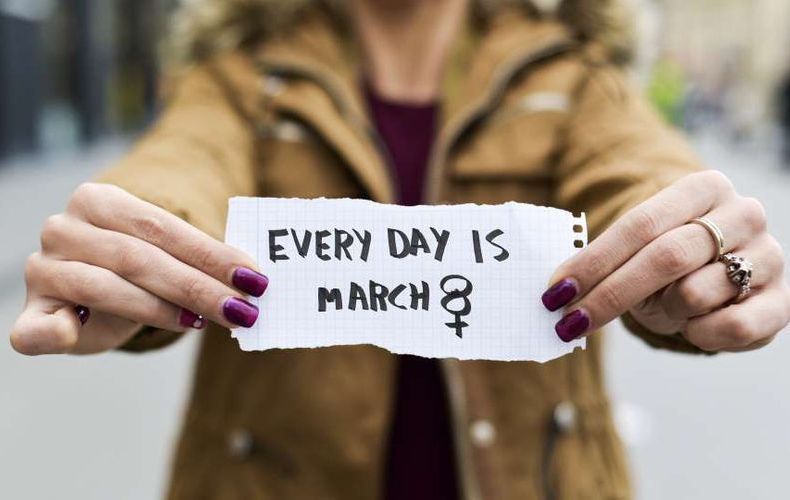 For International Women's Day on 8 March, Reshma Johar discusses how tax advisers can use their knowledge and expertise to spot disparity and critically find alternative ways towards a more balanced and fairer system for everyone.

This article was first written for and published on AccountingWEB.

International Women’s Day (IWD) is a time to reflect on the journey many women have taken before us, as well as taking into account our own footsteps on this journey. However, this burden cannot solely be placed on women; all genders have a responsibility to acknowledge the disparity and challenge that to eradicate the divide.

In 2020 the theme for IWD was ‘each for equal’, and there was an emphasis on collective individualism. The theme reinforced that all genders have not only the ability to create a gender-equal world but a responsibility over their own thoughts and actions.

Outside of the Coronavirus pandemic, 2020 has been marked as a year of activism. For example, May saw frontline workers raise concerns over the lack of PPE protection, June sparked a global Black Lives Matter movement following the murder of George Floyd, and Marcus Rashford pleaded with the Government to provide free school meals across the summer holidays.

Within weeks of marking 2020 IWD, a national lockdown was announced, which changed all of our lives. After nearly a year of working, living and surviving in our own bubbles, how has the pandemic impacted gender equality?

For individuals who reach state retirement age after 5 April 2016, the state pension has been calculated on a flat rate rather than on an earnings basis. The new system also provides ‘national insurance credits’ that add to a person’s NI record, even where National Insurance is not being paid from employment earnings, self-employed earnings or voluntary contributions. NI credits will only be available if a person is either in receipt of some form of benefit or allowance. HMRC have provided a list of the various situations where NI credits can be claimed, but many will require an application to be made.

So why is there a difference with the new flat rate approach? DWP have stated: “Due to earlier timetabled increases in women’s state pension age fewer women have joined the new scheme than men.”

Within the same document the DWP has highlighted that 65% of people getting pension credit were women, demonstrating the gender inequality that has followed women right up to state retirement age.

Since 2010 the state pension age has increased twice for women (the increase to 65 and then to 68). These changes have meant that a number of women have had to wait to reach the retirement ‘goal post’, which for many has been moved more than once.

Women Against State Pension Inequality (WASPI), highlights how little or no notice was given regarding the two changes directly to the women affected. WASPI also detail how the women have been impacted so much that they have needed to seek out alternative arrangements to support them financially, whilst they wait to reach the new state retirement age.

Women under the old pension scheme continue to be negatively impacted as demonstrated within the DWP statistics on the gender pay gap. Can there be a fix for this?

Child benefit is a social security benefit provided to one person for a child (including adopted or fostered children) under the age of 16 (20 in certain cases). The benefit is £21.05 per week for the eldest or only child and £13.95 per additional child.

Since January 2013, this benefit has been clawed back where one of the parents in the child’s household has income exceeding £50,000. The charge has been controversial since it has been introduced and has triggered a number of issues, including:

With the complications associated with the high-income child benefit charge, many parents opted out of claiming the benefit.

More women are having to navigate the gender pay gap and caring responsibilities, which still largely fall on women. In 2016 the Office of National Statistics found that on average, women carried out 60% more unpaid work than men. These ‘choices’ will continue to have a negative financial impact and continue widening the divide between the genders.

Tax benefits and support need to be reviewed to factor in the disparity that exists. Benefits and allowances need to be considered for the person who is in need of the income rather than the overall family set up.

By recognising the disparity within the various systems, solutions need to be introduced to ensure that women are not being punished for either helping solve financial sustainability to state allowances or benefits, or losing out over trivial eligibility criteria, or by not being aware of the requirements of making a claim.

We need to recognise that everyone in this society has a duty to acknowledge the negative impact women have faced in the past and currently. For tax advisers, the #ChooseToChallenge can be seen as an opportunity to use our knowledge and expertise to spot the disparity and critically find alternative ways towards a more balanced a