Diana Navickaite is a Tax Trainee at DSG. Joining DSG last August as a recent graduate, she has overcome the challenges of beginning her career during a particularly challenging time. 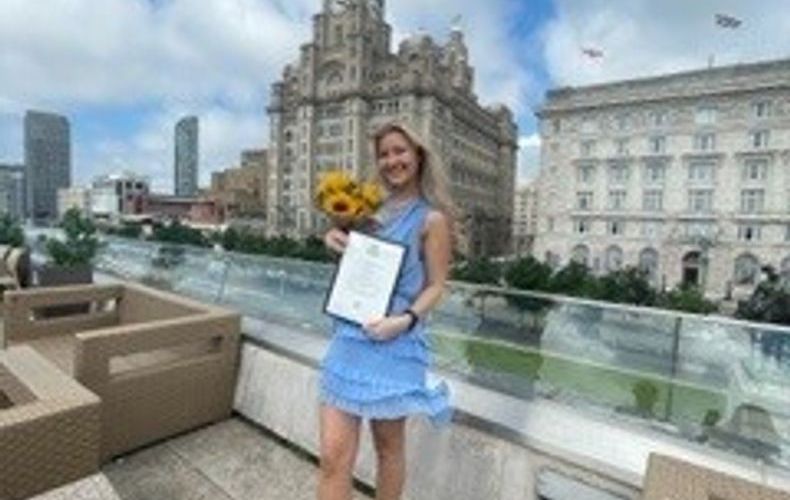 Diana Navickaite is a Tax Trainee at DSG. Joining DSG last August as a recent graduate, she has overcome the challenges of beginning her career during a particularly challenging time.

After completing an Accounting & Finance degree at Liverpool John Moores University, Diana was a Tax Assistant at a large accounting firm before joining DSG.  Joining during the pandemic has presented its challenges, but has also allowed her to develop her career in valuable ways during her first six months.

We spoke to Diana about how she has settled into her new role at DSG.

“The support I’ve received as a new starter at DSG has been amazing. It’s a really supportive environment and if I’m ever struggling, there’s always someone to ask for help. As part of my training, I’m taking professional exams alongside my work, and I’m always given lots of flexibility with my work to make time for my studies.

“I was initially worried about starting a new role during the pandemic, but DSG have made things really easy. I’ve been lucky to be able to work in the office most of the time, which is great as I can chat to people – it’s a really sociable atmosphere, which is very different to my old role where I was working from home the whole time.

“What I enjoy most about working at DSG is that every day is different to the last, and every client is completely different, too. I’m being exposed to loads of different areas in tax, which is great practice. Corporation tax is my main focus, but I’ve also had the opportunity to work on personal tax recently as January is such a busy time for this.

Considering I’ve only been here six months, I’ve learned so much in a short space of time. For example, I used to be afraid to do personal tax as I had no experience in it, but now I know exactly how to do it! I’m very grateful for how easy it’s been to settle into this role, and I’m really looking forward to learning even more going forward.”