This year DFK are calling on its members to put down their razors for a month and grow a moustache to tackle cancer and raise awareness about men’s mental health. 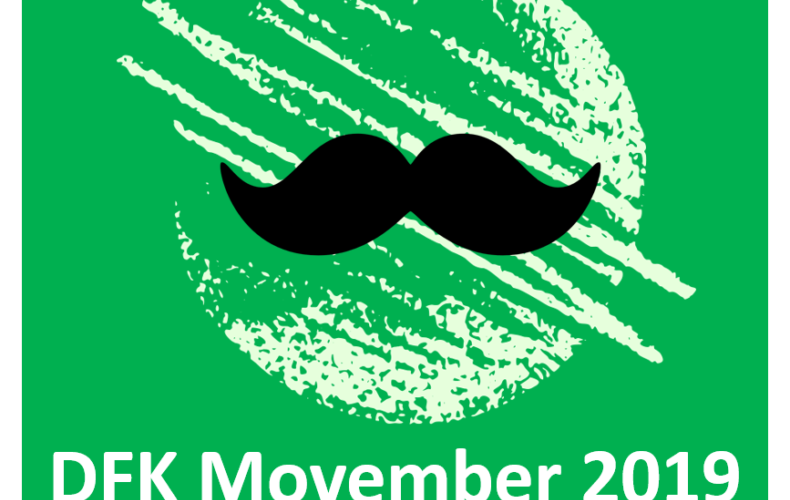 This year DFK are calling on its members to put down their razors for a month and grow a moustache to tackle cancer and raise awareness about men’s mental health.

Held throughout November – or “Movember” – the campaign sees men across the world decorating their top lips in a bid to “change the face of men’s health”.

From “horseshoes” to “Fu Manchus”, the moustaches grown during the campaign are aimed to trigger a discussion about prostate and testicular cancer and encourage men to talk about their mental health.

For the tenth successive year, DFK International’s Paul Panabaker will take part in the campaign, and he is urging members across the world to join him in growing a “mo”.

Paul said: “The campaign continues to go from strength to strength and I’m encouraging members from our offices to get involved in what is a terrific cause.

“Whether directly or through a loved one, cancer is likely to impact all of us at some stage in our lives.

“Not only does the Movember foundation contribute to important research into cancer treatments and raise awareness about men’s mental health, it’s a great way to bring DFK members from across the world together for a worthy cause.”

Since first taking part in the challenge in 2009, Paul, who is a Senior Partner at Davis Martindale LLP’s London, Canada, office has inspired DFK International members to raise over CAD $500,000 for the cause.

“It is amazing that DFK members have helped raise so much money but more importantly that the Movember campaigns have sparked millions of conversations about men’s health around the world.

“Movember encourages men to start a dialogue. Conversations about physical and mental wellbeing are sometimes difficult to initiate but, as the campaign has demonstrated, these conversations can save a life.”

In fact, Paul has seen first-hand the impact of the Movember campaign.

Paul said: “One person, who does not work in accounting, is very grateful for DFK’s commitment to the campaign. Several years ago, he was diagnosed with prostate cancer and immediately joined one of our Movember teams, not expecting to be alive today.

“His motivation was to raise awareness among men, and to help his son and grandson.

“He recently celebrated his fifth anniversary of being cancer-free and he still participates in the campaign every year!”

By 2030, the Movember foundation aims to have halved both the number of men dying from prostate cancer and the number of men facing serious ongoing side effects from treatment. It also targets a 25% reduction in rate of male suicide.

Paul added: “I’ve been very blessed to meet numerous DFK members who have shared stories of the impact our organization has made.

“I would urge our members from across the world – men and women – to visit the Movember website to find out more about the foundation and the work that they do.

“Who knows - you might wish to register with the foundation, start a Movember team or even support a DFK colleague. But whatever you do, please be sure to start a conversation – it might just save a life.”