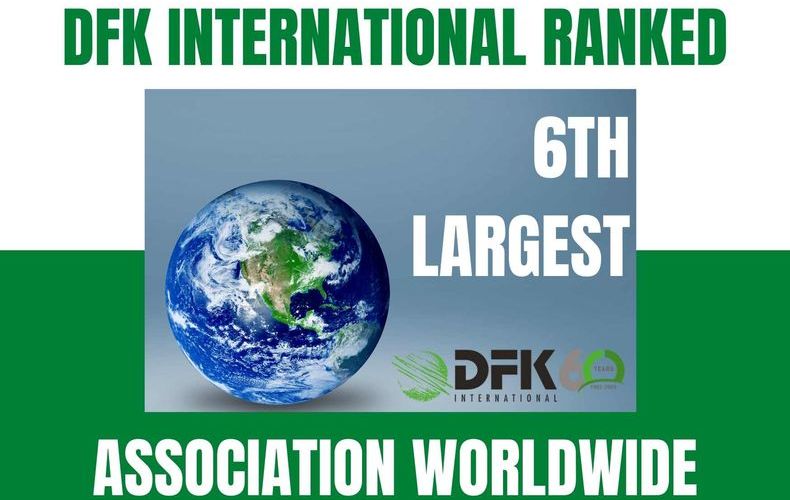 DFK International has been ranked as the sixth largest association in the world by a leading industry magazine.

The association has moved up one spot in the ratings to achieve sixth place in the International Accounting Bulletin’s (IAB’s) annual 2022 World Survey Report.

The report is based on collective fee income, with DFK International members firms achieving a turnover of $1.532 billion.

DFK has sat in seventh place for 10 years, but has moved up the list after achieving a growth rate of three per cent compared to the previous year.

IAB is the only global magazine covering the professional services world. Focusing on business issues affecting accounting firms, networks and associations, it is a trusted source for leading accounting news, as well as vital data and analysis provided by its survey features.

It is regarded as a must-read title by the world’s leading accounting professionals, and is supported by an advisory board comprising a roll call of international CEOs.

Martin Sharp, executive director of DFK International, said: “We are very proud to be among the leading associations worldwide.

“Moving up to sixth place demonstrates that despite the pandemic, DFK remains one of the strongest associations in the world and our member firms have continued to grow, which is a fantastic achievement.

“We have seen growth across all services lines, particularly in North America, which shows that our members have continued to provide outstanding support to their clients in a challenging environment and in-turn have expanded their practices.

“We now look forward to another successful year as we continue to do business and share knowledge and best practice to achieve further growth.”