A DFK member from the Philippines who grew her small business into a globally-recognised accounting firm is playing a leading role in a national convention in the country and is spreading the message that it is never too late to pursue your passions. 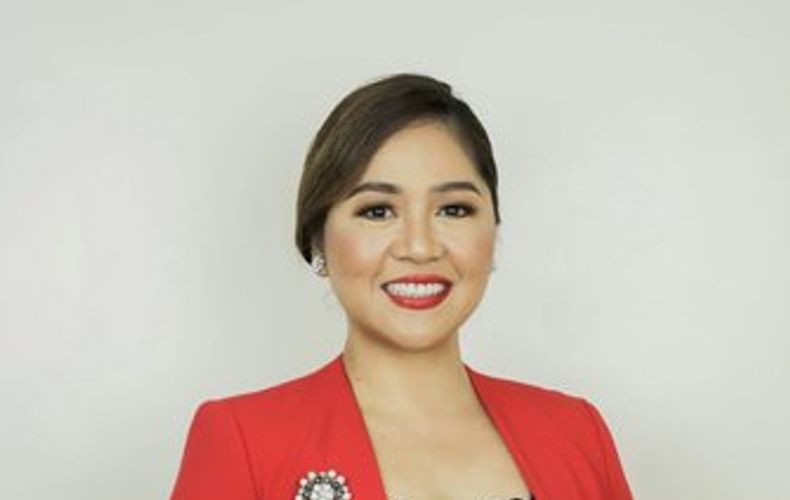 A DFK member from the Philippines who grew her small business into a globally-recognised accounting firm is playing a leading role in a national convention in the country and is spreading the message that it is never too late to pursue your passions.

Jill Santos, CEO and founder of DFK member firm JSC & Co, is the national vice president for operations of the Philippine Institute of Certified Public Accountants (PICPA) and is this year playing a leading role in coordinating its upcoming Virtual 75th Annual National Convention.

It will be the very first time that the four-day convention will be held online and is set to be filmed and streamed to delegates in Jill’s home city of Cagayan de Oro.

She is not only playing a key role in organising the event, but will also take centre stage to deliver welcome remarks, present national awards and chair a session.

As part of her role, she hopes to inspire others to follow their dreams and passions no matter what their age or gender.

Jill founded JSC & Co in Cagayan de Oro in 2009 and went on to expand the firm, opening three more offices in Davao City, Cebu City and Makati City. In 2017 she made the decision to take on international work, becoming the Philippine member firm of organisation including DFK International and IC & Partners.

As well as being national vice president for operations of PICPA, which has approximately 30,000 active members, Jill is a key member of the Association of Certified Public Accountants in Public Practice (ACPAPP), acting as over-all chairperson of its recent annual national convention. She is also a member of the DFK Asia-Pacific Executive Committee.

Jill has won numerous awards throughout her career, including the PICPA National Outstanding CPA in Public Practice award in 2019 held during PICPA’s 74th Annual National Convention in Laoag City.

She said: “I use myself as an example to try and inspire others. When I established the firm I was struggling to juggle the roles of being a mother, being a student studying for a masters degree in business administration and growing the firm.

“But I worked hard and expanded the business, opening offices in the three largest cities in the country. I then decided to expand into the international market and joined a number of international groups.

“Everyone asks me how I did it, but I always say it’s down to me having a strong team around me and having the right people in the right roles.

“I’m always really keen to see those in my team succeed, particularly the women as we work in a very male-dominated industry.

“I’m extremely proud to say that a number of my employees have gone on to set-up their own firms and said that JSC helped make it possible, and the majority of these have been female.

“It’s so important to empower women in male-dominated industries and highlight that our qualities and skills complement each other. It’s also important to spread the message that the world has endless possibilities with no deadlines and it’s never too late to follow your passions or make a difference.”

As well as inspiring those in the profession, Jill has also worked hard to both support and inspire young people.

She launched the Each One Teach One Foundation in 2013 when her daughter Scarlette Nicole was just 10-years-old to help fund college places for high school graduates from low income backgrounds in Cagayan de Oro.

In 2018 the foundation shifted its focus to provide mentoring to girls as young as 12, supporting them to progress in their education.

This includes a 7-day annual intensive programme which focuses on development and encourages leadership and entrepreneurship.

Now while Jill is the president of the foundation and leads the board of trustees, which includes a number of high calibre professionals from a range of sectors, Scarlette Nicole now has an integral role in working with the young people.

Jill said: “In 2018 we had a paradigm shift and made the decision to support girls from an earlier age to enable us to have even more of an impact on their lives.

“We wanted to focus on developing leaders, not just scholars, and so far it has been a great success. It’s fantastic to inspire young people and show that they can do anything, no matter what their background.

“Originally the foundation was funded solely by myself, but now we have people who want to make donations and are also being contacted by other not-for-profit organisations who want to partner with us.”

Looking to the future of the foundation, Jill said: “One of our next projects will be setting up a centre in my hometown in Balingoan, Misamis Oriental where the mentees have access to computers, laptops and internet so they can continue their education.

“Due to Covid-19, schools nationwide in the Philippines are virtual and it’s a real problem as many people don’t have the technology to access their education and it looks like teaching could be online for the whole of 2021.

“The centre will ensure that young people have access to the resources that they need to progress and thrive.”