DFK International has raised close to £7,000 (US $8,500) for a charity which champions diversity and gender equality in Bangladeshi schools. 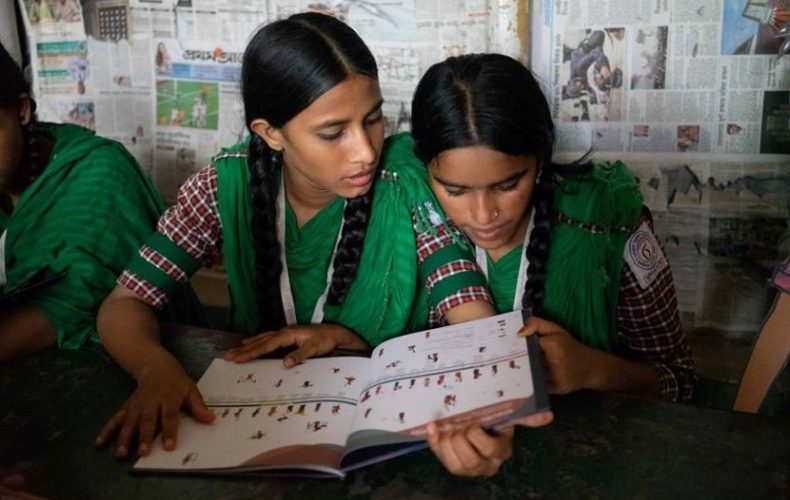 DFK International has raised close to £7,000 (US $8,500) for a charity which champions diversity and gender equality in Bangladeshi schools.

DFK Member firms of the international accounting association were asked to contribute to the fundraising drive for HerStory Foundation around this year’s International Women’s Day.

The Foundation was set up by Zareen Mahmud Hosein, a partner of DFK member firm Snehasish Mahmud & Co, to empower women and girls and show that opportunities are not constrained by gender.

It creates books telling the stories of successful and empowering women which it then uses in schools to break down gender stereotypes and start discussions around equality.

The money raised by DFK International will go towards ‘HerStories: Book of Rights’, which will be used in schools to teach children about their rights from an early age and is due to be launched in November.

It will also be used as part of the ‘HerStory Reading Fellowship’ where university students are trained to teach children about career options, gender empowerment, diversity and respect in classrooms.

The book will also have a wider impact as it will be part of an effort undertaken by different agencies to commemorate International Day of the Girl (IDG), which is celebrated worldwide in October each year.

IDG has special significance this year as it will be the first step towards Beijing +25 convention in March 2020 to be held at the UN Headquarters, to understand how far we have come as a global community since the Beijing Declaration and Platform for Action, adopted at the UN's Fourth World Conference on Women in 1995.

Zareen said: “We could not have produced this book without DFK International and are so thankful for the donation which will essentially fund the research, writing, illustration and design.

“It is also very significant as it is the first time that we have received international funding which is a big deal for us and so we are now reaching out to other organisations. I cannot thank DFK enough for this opportunity. It opens new doors for us.”

Anne Brady, chair of the DFK I-WIL Executive Committee, said: “We are delighted that £6,828 has been raised by DFK International for HerStory Foundation.

“A lot of people were involved in raising small amounts all over the world which have made a fantastic total and we would like to thank everyone who contributed so generously.

“It’s been a great success and we now look forward to repeating it next year with a new charity.

“Each year we will choose a charity which is based within the region that is hosting the DFK International Annual Conference and so it will be a charity based within The Americas for 2020 and within EMEA for 2021.

“The charity we have chosen for next year is called Comparte Por Una Vida, which is based in Colombia, and helps Venezuelan migrants to Colombia, particularly in alleviating malnutrition.”