AGN International and DFK International have formed a strategic alliance, entitled Global Connect, with the aim to formalise client referrals between member firms of both associations, but both organisations’ CEOs are open minded to what the future might hold and how the collaboration might evolve. 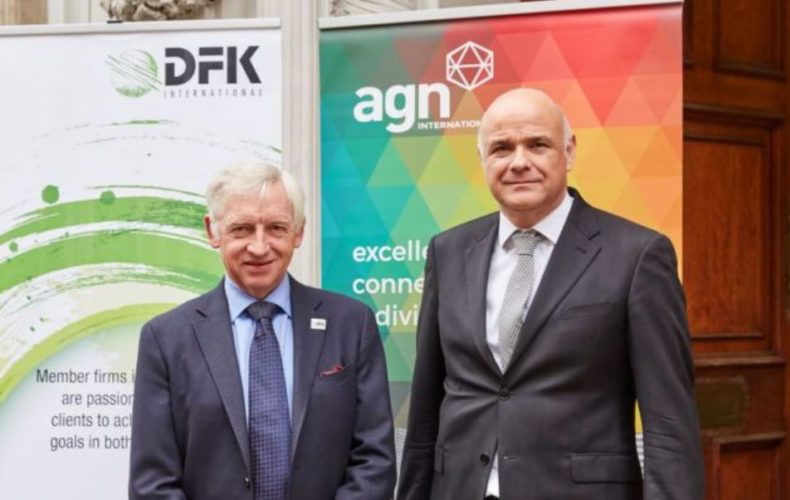 AGN International and DFK International have formed a strategic alliance, entitled Global Connect, with the aim to formalise client referrals between member firms of both associations, but both organisations’ CEOs are open minded to what the future might hold and how the collaboration might evolve.

Global Connect is a UK company limited by guarantee with a membership agreement, and the current two members are AGN International and DFK International.

DFK International CEO Martin Sharp said: “It’s not intended to run a bank account and overheads, and pay subscriptions. Certainly those are possibilities. We’re open-minded about how this might develop but for the time being it’s simply a vehicle to give some structure. It’s there to have some rules, procedures and guidelines that we’ve both signed up to.”

The crux of the guidelines is that both associations will not seek to poach each other’s member firms and will respect the values of each other’s organisations, he continued.

Essentially Global Connect formalises and sets a framework to a common practice within the accountancy industry whereby in certain occasions clients are referred to member firms of competitors, i.e. other associations and networks.

AGN International CEO Malcolm Ward said: “It is business as usual at the member level, but where occasionally we can’t take care of a matter within our own association, the first port of call is to one another. Global Connect really is a collaborative relationship; it’s us working together as a wider group to further each other’s interests.”

The idea of an alliance was born of the assessment that the accounting industry is facing an array of changes, most of them driven by technological innovations and market consolidation.

“Both of our associations are all about independent firms, principally firms that wish to continue to trade and operate under their own name, under their own rules and procedures, their own branding, principally,” Sharp explained. “But the marketplace is not littered with such firms of good quality and good standing, which both of us expect. So that leaves vacancies or gaps in coverage.”

Also, increasingly clients are seeking not just a geography and general service, but a specific service and experience in their sector, Sharp continued. “So by collaborating with another association we can better meet our clients’ needs.”

“This is client-service led,” Ward confirmed. “We’re both quite substantial organisations. We have good coverage, quite similar from one another, but not completely without gaps but by the time you factor in increasingly complex niche and specialty requirements it’s very, very handy to draw on both our memberships which represent something north of 400 members. That gives us more breadth of choice.”

Both Sharp and Ward see the formation of Global Connect as a first step towards something that will evolve and grow organically, and while both admit that the shape and form of the alliance in the future remains uncertain, both CEOs are adamant that in the first stages at least, this is not about merging the two associations together.

“Obviously an alternative to collaboration would be merger but because we have so much similarity, merger seems, on the face of it, not to deliver very much benefit and a lot of potential friction and disadvantage,” Sharp said. “But collaboration seems to bring the advantages we might not otherwise get with a merger without actually losing what’s special and particular and valued by our members in our own associations.”

There’s no advantage in a merger, Ward confirmed. “You’d be in the classic situation where 1 + 1 would equal 1.5 at best, and blood all over the carpets and up the walls for five years before you think, ‘was that really worth it?’.”

He continued: “Neither organisation is weak at the moment. We’re both perfectly happy. […]Are we in imminent difficulty? No. Am I finding on a daily basis that AGN can’t meet its own referral promise? No, I’m not finding that. The vast majority of time we can and it works really well. But there’s a hell of a lot going on out there and we recognise the need to drive client service. […]Together we think there are enhanced opportunities to collaborate and what happens in the future, happens in the future.”

Nevertheless both CEOs admit that as a consequence of collaboration, two firms might decide to merge.

“That’s not what we’re aiming to do. That’s not a purpose,” Sharp pointed out before acknowledging that it might happen at a secondary consequence.

But Ward said that in a way this would be a nice problem to have, as it would be better for those two firms to merge and stay with either AGN or DFK rather than leave altogether to join a third party.

Sharp and Ward want to establish Global Connect properly before considering including other organisations, but both are confident of the success of the alliance and believe that they will open it up to other groups.

Although Ward warns that there is only a relatively narrow range of accounting and financial advisory organisations that would fit and both CEO expects more multidisciplinary organisations or law networks as future Global Connect members.